International Conference on Land Governance for Equitable and Sustainable Development 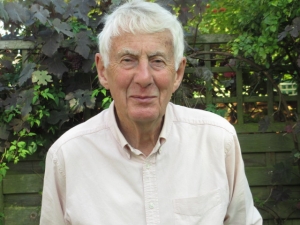 Two years ago I invited myself to a conference at the University of Utrecht; this time around they invited me! I don’t think I’ve ever declined an invitation to attend an academic conference in the Netherlands. Well, why would I? A wonderful country, wonderful people who mostly cycle to work, great food and I get kissed three times (it’s the local custom!). Not to mention some seriously good recent Dutch academic research on the global land grab, including on gender.

So I was delighted to be asked to give a keynote address at the International Conference on Land Governance for Equitable and Sustainable Development (bit of a mouthful!) on 8-10 July. It was organized by LANDac (the Netherlands Academy on Land Governance), a Dutch partnership including Utrecht, Leiden and Wageningen universities, KIT (the Royal Tropical Institute) and the Dutch Ministry of Foreign Affairs, which seeks to ‘bring together researchers, policy makers, development practitioners and business in the field of land governance and development.’ It was held in the Muntgebouw (Mint building), where they used to mint Dutch guilders, a great venue with a large main auditorium and a number of smaller rooms. The conference aimed ‘to present state-of-the-art knowledge… and to set the agenda for future research and foster new collaborations for research policy and practice.’

Some 250 people attended, which I found incredibly uplifting for a land conference outside the annual World Bank circus. They came from 35 countries across all continents, and over 150 presentations / papers were given. There was an excellent mix of academics, practitioners, activists, NGO folk and people from the private sector. There were 40 thematic sessions, on local governance and stakeholder participation (including community voices), urban issues, food security, public land policies, the private sector (including responsible business and land and the role of finance, guidelines and principles), innovative land tools (including legal perspectives), conflict-related displacement, gender, palm oil in Indonesia and Latin America, large-scale infrastructure, mining, and environmental issues (including appropriating land for nature conservation, governing the commons and forests, and climate change adaptation). There were also discussions on jatropha and the role of the media, launches of three books, and a land rush simulation game. The conference programme ran to 28 pages!

Obviously no one could get to all of these, but there were also a number of keynote presentations which brought us all together. In one, Maria Anne van Dijk, who deals with ethical risk for the bank ABN AMRO, asked us ‘what would you do in my shoes?’

I attended the sessions on gender and on stakeholder participation. In the latter, there were pessimistic reflections about the lack of serious consultation and how, when pressures were high, there was a very strong tendency to overrule local actors. We wondered whether a separate gender theme was still necessary, but feedback from some other sessions suggested that there was still a good degree of gender blindness out there! I took the opportunity to stress that it is possible to be both a serious academic and a serious activist, as the late Kaori Izumi had demonstrated.

Examples were cited of resource mapping with no women present (Cameroon), of children not wanting to work on the land any more (Mexico), of women losing access to the commons following a titling project and ‘settlers’ of many generations losing land to the so-called ‘indigenous’ (both from Ghana), of a big rise in indigenous land claims (Argentina), of huge illegalities and corruption in urban construction (Kosovo), of pressures on shifting cultivation (Burma), of over 70% of court cases featuring land disputes (South Sudan), and of the need to learn lessons and to re-map the palm oil landscape (Indonesia). Most presentations were excellent, but there were a few speakers who just read out the words they had previously inscribed on a PowerPoint, which in my view should be a criminal offence!

One of the other keynote speakers, the Ugandan Esther Obaikol, who painted a pretty grim picture of land grabbing linked with increased violence, made a point of telling me how much she valued Mokoro’s Land Rights in Africa website. Absolutely essential in her work she said. Naturally I took the opportunity to promote it during my presentation!

The real keynote speaker was Jun Borras, Professor of Agrarian Studies at the Institute of Social Studies in The Hague and editor in chief of the outstanding Journal of Peasant Studies. Jun is someone who is always challenging people to push out the boundaries, deepen their understanding and look at the inter-connections in an increasingly complex world. He had been working recently in southern China, where there were many land conflicts.

My paper asked the question ‘How best to respond to the great contempt shown by Africa’s ruling elites towards their own small-scale farmers and pastoralists?’ I said that I didn’t know the answer to the question, which is why I was asking it! If someone had told me in 1977 that, almost 50 years after I co-edited a book on peasant history in Southern Africa, Africa’s ruling political elites would have come to despise their own small-scale farmers and pastoralists and to look kindly on foreign-run large plantations, I’d have quoted John McEnroe – you cannot be serious! Africa’s ruling elites appear to have completely forgotten much relevant history and seem set on what almost amounts to a return to a colonialist path which many believe is certain to result in major conflicts in the future. In discussions about the undoubted need for investment in agriculture, the long history of structural adjustment programmes is rarely mentioned. Liberia’s ruling elite is not alone in showing a ‘disdain for illiterate peasant communities.’ So ’what is to be done?’ I doubted that reasoned argument would get us anywhere and asked whether the audience agreed.

I suggested that perhaps the most helpful approach lay in attempting to address power inequalities at local levels in whatever ways were most appropriate in terms of history and culture so as to make the local political arena a little more equal. Appropriate responses could lie in a range of activities such as legal education through paralegals, community mapping, strengthening organizations working with women, farmers and agricultural extension and research workers, building linkages between small-scale farmers, processors and traders, and the use of radio, videos, posters, songs, drama, and cartoons.

I noted that research was a not unproblematic arena, citing an article on Liberia which depicted a story of NGO research and advocacy drawn exclusively from evidence of local elders and based on the spurious notion of a homogeneous community. Yet young people told the author a very different story. Class is also frequently neglected. A recent article on Tanzania argued that ‘in some localities, there is no such a thing as “the local people”, or “communities” in the struggle against land grabs, but rather a composite scenario of shifting class alliances.’

I concluded by citing two positive initiatives as examples of responding to the need for protection against elites: the work of Chris Tanner and colleagues for FAO on legal empowerment in Mozambique, and the community land protection programme run by Namati.

I told the audience that I would like to hear from them about examples of positive responses to my question.

In the context of such an extremely positive event it was sad to learn that the Dutch government is much less generous with its overseas aid than it once was and as a result Dutch development organisations are now facing major cuts which will certainly affect their future programmes.

During a coffee break I was standing next to LANDac’s incredible Co-ordinator, Gemma Betsema, the main organizer of the conference, and said to her ‘just listen to that buzz of conversation everywhere. When you hear that, you just know a conference has been a great success.’