How Anna Letaiko got her land

Anna Letaiko is a middle-aged woman with a soft voice that carries wisdom and strength. Her husband is an older man, and together they live in small mud house in Mundarara – a remote village in Longido district in Tanzania, accessible only by a rough dirt road. It is a Maasai community similar to the one in which I grew up, except that the community’s livelihood is based on mining and pastoralism while my community still depends on farming and pastoralism.

I met Anna through my work with WOLTS – a five-year action research project on women’s land rights in pastoral communities that are affected by mining. As a speaker of the Maasai language, my job is to facilitate and translate in training sessions and help develop training materials. 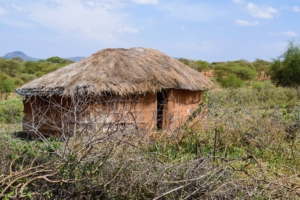 In Maasai culture, it is very rare for women to own land. Men see themselves as owning land on behalf of the whole family. If women do apply for land, they usually apply in the name of their husband or son.

During our research we heard that, when women in Mundarara applied for land in their own names, their applications were ignored, not taken seriously, and even thrown away. Some women were even asked for sex in exchange for land documents.

Our aim through the WOLTS project is to support the community to find their own solutions to land rights problems. To help them achieve this, we asked them to select community ‘champions’ who would be trained in land rights, mining laws, investment laws, mineral valuation and legal procedures for licence applications, as well as gender-based violence.

Anna was one of the first champions to be trained in Mundarara. When we first started working in the community, Anna did not even know that she had the right to own land. After the WOLTS training sessions, she put in an application, and it was taken seriously.

A few months later, Anna received a small plot near the village centre where she wants to build a modern house. As a trained champion for gender equity, she has promised to help other women by raising awareness and assisting them to become land owners like herself.

The growth of artisanal mining in Mundarara has brought many changes to the community, including giving families new sources of income. Women are finding that they have more opportunities to earn money and participate in community and family decision-making, including through land ownership.

Documenting and sharing Anna Letaiko’s story reminded me how quickly life is changing in pastoral districts due to factors like mining. I hope it will inspire readers, raise the voices of less fortunate groups, and improve everyday life in communities similar to my own.

Ezekiel Kereri works with the Tanzanian NGO, HakiMadini. He is a key field team member for the global WOLTS project, which is carried out in Tanzania by HakiMadini with Mokoro Ltd, a UK-based not-for-profit organisation.

WOLTS Team Perspectives is a blog series in which team members share their views about the impacts of the WOLTS projects’s action-research.