Final Evaluation in Afar and Somali Regions in Ethiopia 2013-2017

Mokoro, in collaboration with partners FEG, Valid and Valid Evaluations, conducted an end-of-project evaluation of WFP Ethiopia’s McGovern-Dole-funded International Food for Education and Child Nutrition Programme in Afar and Somali Regions, which was commissioned by the WFP Ethiopia Country Office. The evaluation team of five was led by Mokoro Principal Consultant Muriel Visser.

WFP’s USDA McGovern Dole International Food for Education (FFE) and Child Nutrition Programme was implemented over a four-year period from 2013-2017 in the Afar and Somali Regions of Ethiopia, as part of a larger set of interventions supporting food security. The programme objective was improved attendance and attentiveness as well as equity in primary education access. A total of 590 schools across the two regions were covered, with daily meals provided to about 290,000 primary school children of whom 45 percent were girls. In addition, girls received a Take Home Ration (THR) of eight litres of vegetable oil per semester (conditional upon 80% attendance). More widely, the programme supported improved dietary and health practices, capacity development for improved school attendance and efforts to institutionalise school feeding.

The evaluation covered the project period 2013-2017 and was guided by a theory of change, with questions framed around relevance, effectiveness (and impact), efficiency, sustainability and coherence. Gender equality and empowerment was mainstreamed in the design and data collection. The methodology was based on a quasi-experimental design, with FFE intervention schools compared with non-FFE schools across both Afar and Somali regions. A survey was conducted with a total of 1,080 students in 90 randomly selected schools. In addition, the team conducted focus groups, semi-structured interviews and observations, alongside analysis of the Education Management Information System statistics, wider documentation and secondary data. 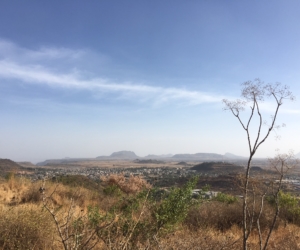 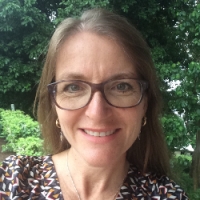 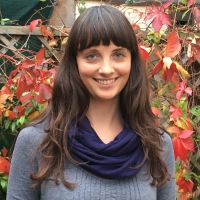 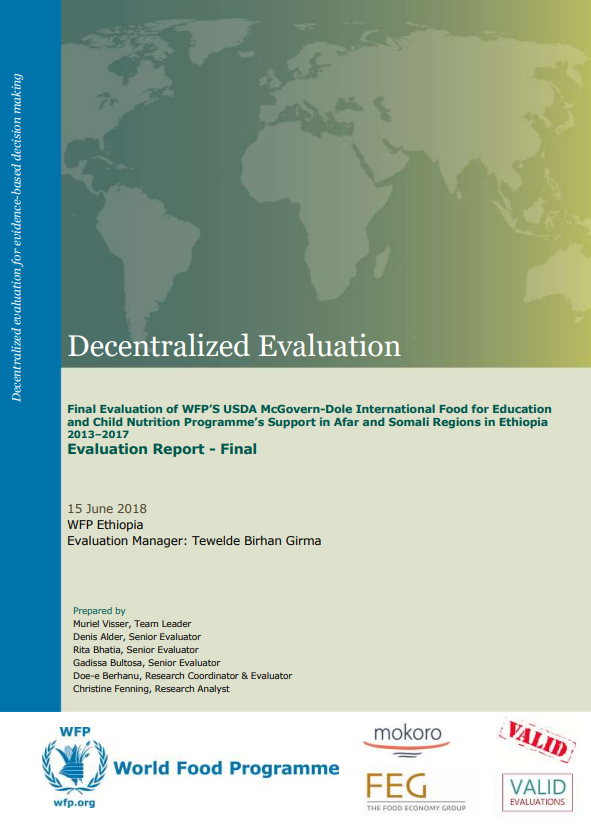