Catherine built relationships with government partners through remote work and a series of short missions to Mali. She worked on two ‘quick win’ interventions: she assisted the budget transparency sub-team with the development of a budget transparency website; and supported the ODI Resident Advisor in the development of updated PFM manuals for local governments (communes) in Mali. She assisted in the analysis of the needs of the Government of Mali and the development of a longer-term programme of budget strengthening, seeking partners to advocate for the ongoing programme of support.

The initial development phase of this assignment was followed by a bridging phase to maintain interim support in the run-up to the new programme. During the bridging phase Catherine provided further support to the continued development of the budget transparency website; supported gender budgeting and in particular, the development and pilot implementation of an approach to improve the Government of Mali annual reporting on gender budgeting; and ensured buy-in from the line ministries for water and agriculture, and supported an initial diagnostic of programme budgeting in both sectors.

The groundwork undertaken in this assignment led to a follow-on, more extensive programme of budget strengthening support to the Government of Mali.

The photograph illustrating this project was taken by Mark Fisher, and is published under a creative commons license.  The original photograph is available on FickR. 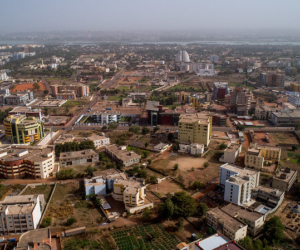