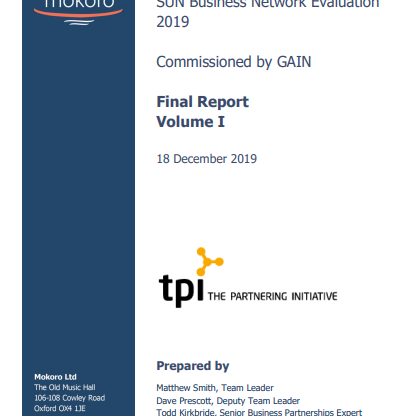 A recent evaluation of the Scaling Up Nutrition Business Network (SBN), conducted by a joint Mokoro and The Partnering Initiative (TPI) team, has been published on the SBN website. The findings and recommendations in the report have been reviewed and endorsed by both GAIN and WFP, who plan to integrate a number of the recommendations into SBN’s new strategy. This will inform and align with the new phase and strategy of the SUN Movement (2021-2025).

Matthew Smith, the team leader for the evaluation, represented Mokoro at the 2019 SUN Movement Global Gathering in Kathmandu, Nepal. He presented the results of the evaluation at the four day event. 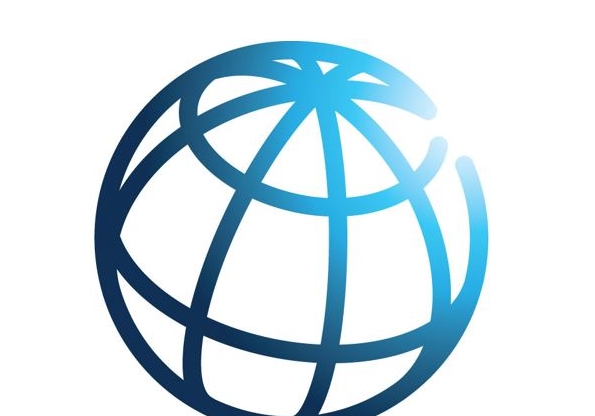 Mokoro Principal Consultants Elizabeth Daley and Christopher Tanner have been unable to travel to Washington to present papers at the World Bank’s Land and Poverty Conference 2020, which has had to be cancelled as a result of the spread of COVID-19. Elizabeth and her WOLTS project colleague, Jim Grabham, were due to share findings from community engagement work with Tanzanian and Mongolian pastoralist communities. Chris, together with Marianna Bicchieri (FAO Regional Office, Bangkok) and Alda Salomão (CTV, Maputo), had been due to present a paper on issues impacting progressive land policy positions with evidence from Indonesia and Mozambique. Fortunately, the World Bank has been able to make all papers publicly available on the conference website. Mokoro is therefore very pleased to share the links to our papers and presentations here. 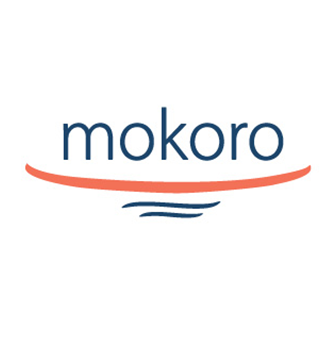 PLEASE NOTE: Based on the new government advice issued, this event will no longer go ahead on 25th March. The aim is to reschedule the event to later in the year, and we will be in touch when a new date is available. In the meantime, if you would be interested in attending an online alternative within the next few weeks, then please do get in touch with vwarne@inasp.info

Mokoro are very pleased to be taking part in an Oxford networking event on Wednesday 25 March, hosted by INASP.

Doing development research differently is a networking event for all people and organisations in and around Oxford with an interest in doing or supporting rigorous research and knowledge exchange for development that builds research capacity and delivers tangible outcomes in the south. The event will provide participants with an opportunity to discuss the issues, to find out more about what organisations in and around Oxford are doing, and to identify challenges which could be discussed in more depth in subsequent meetings. It will include a world café where representatives from INASP, INTRAC, Evidence Aid, SciDev.Net, Mokoro and Oxford University European and International Team describe how they do it followed by a panel session to identify and prioritise the ley challenges. There will be plenty of time in the tea break and over drinks at the end to meet people and find out more.

Full details and registration are here. 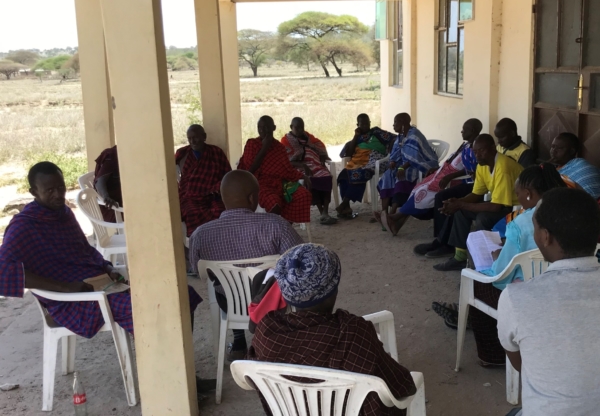 Mokoro is delighted to announce publication of the first in a new series of blogs titled ‘WOLTS Team Perspectives.’ In this series, different members of the global WOLTS team share their views about the impacts of the project’s action-research on gender, land and mining among pastoralist communities in Tanzania and Mongolia. We are pleased to co-publish this first piece in the series simultaneously with the Land Portal. WOLTS Team Perspectives No.1 is written by Joyce Ndakaru and is called: ‘Seats of power – women’s land rights and chairs.’ In her blog, Joyce describes her own upbringing in a traditional and patriarchal Maasai village and reflects on how the WOLTS project is delivering positive changes to gender relations in similar contexts in seemingly small but significant ways. Joyce works as Gender Officer with the Tanzanian NGO, who have partnered with Mokoro on the WOLTS project since 2016.

Read Joyce’s blog here, and sign up to keep in touch with WOLTS via our webpage here.

Ethiopia WIDE, a longitudinal qualitative research tracking change in rural Ethiopia since 1994, obtained funding in early 2018 to carry out further fieldwork in four of the twenty WIDE communities, in partnership with four Ethiopian universities and the Addis Ababa-based Forum for Social Studies.  The WIDE Bridge project, as it was called, produced a number of outputs using print, radio and TV medias (see here). The most recent WIDE Bridge output is now available, in the form of a special issue of the Los Angeles-published International Journal of Ethiopian Studies, focusing on ‘Globalisation and Rural Ethiopia’, and based on draft papers presented at the 20th International Conference of Ethiopian Studies held in Mekelle, 1st to 5th October 2018. The International Journal of Ethiopian Studies [XIII:1] is now available here.

In this special issue, the authors have used the qualitative data made in early 2018 through the WIDE Bridge project to question the widespread perception associating globalisation with cities and urban life. Cities are seen as the places where globalisation and modernisation unfold first, foremost and fastest, whilst rural areas remain less affected, sometimes stereotyped as ‘conservative’, with rurality often equated with continuity and limited change. In this issue the authors challenge this view, suggesting that in the four WIDE Bridge communities and likely other similar communities in Ethiopia, ‘rural globalisation’ plays out in complex and differentiated ways, with a number of ‘rurally-relevant globally-linked modernisation processes’ having contributed to the emergence of ‘multiple rural modernities’ in Ethiopia, especially since the early 2000s. 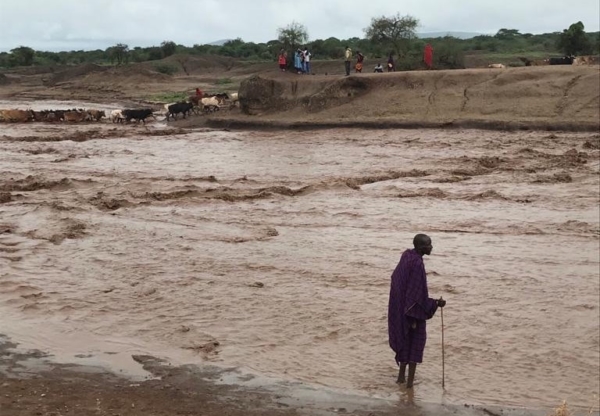 Putting research into action – one muddy step at a time

Our latest WOLTS blog has been written by our Team Leader, Elizabeth Daley. Co-published simultaneously with the Land Portal, “Putting research into action – one muddy step at a time” features her reflections on some of the initial impacts of our team’s work. Recently back from launching round two of our ‘champions’ training initiative on gender, land and mining in pastoralist communities in Tanzania and Mongolia, with our project partners Haki Madini and PCC, Elizabeth shares emerging insights from very encouraging feedback to date.

Read Elizabeth’s blog here, and sign up to keep in touch with WOLTS via our webpage here. 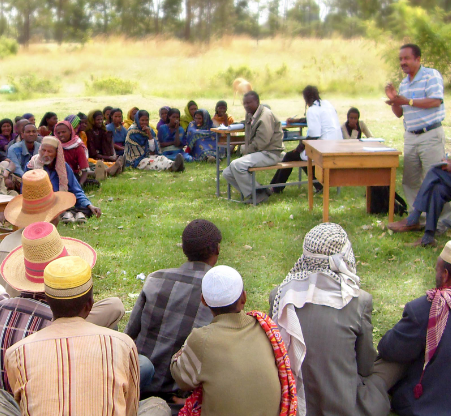 On 6 January the Mokoro-hosted Land Rights in Africa website is celebrating its 20th Anniversary. The website was created in January 2000 by Robin Palmer, and was originally housed by Oxfam GB, where Robin worked as a Land Rights Adviser. The website has been hosted by Mokoro since 2012. It is a library of resources on land rights in Africa – with a particular focus on women’s land rights and on the impact of land grabbing in Africa. The portal has been well received by practitioners, researchers and policy makers, and has grown considerably over the years. On average the website receives 400 visitors each month. View the Land Rights in Africa site. 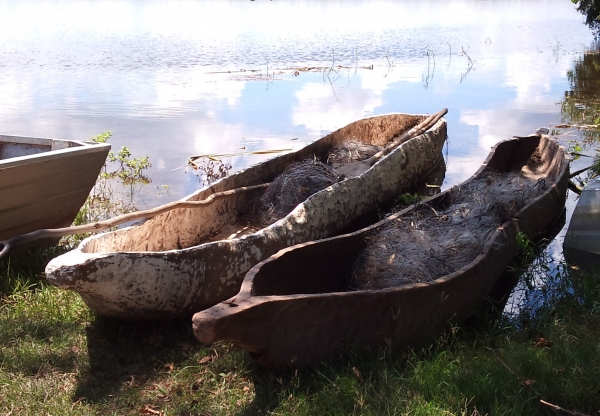 The September issue of our e-newsletter is available here. It shares our recently completed assignments, publications, and news of our recent seminars. Read more. 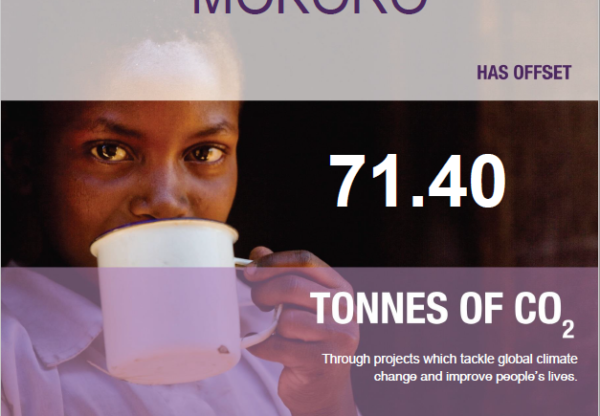 Climate change is one of the greatest challenges of our times, and it is well-known that carbon dioxide emissions released through air travel – an activity that Mokoro engages in frequently – contribute significantly to the problem. The most effective way to address our carbon emissions would of course be not to create any in the first place, but the nature of Mokoro’s work means that some level of aviation-related emissions is unavoidable. We are therefore pleased to share that  Mokoro has partnered with ClimateCare to offset these emissions, and as such our flights for business can now be deemed “climate neutral”. Moving forward, every 6 months we will take stock of the emissions our air travel generates, and offset this amount by investing in a portfolio of projects that cut emissions elsewhere, as well as improving people’s lives. You can find out more about ClimateCare’s projects via their website. 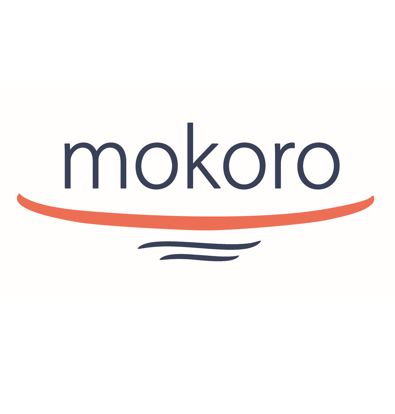 From 17-19 September Christine Fenning attended this year’s UKFIET conference about Inclusive Education Systems: futures, fallacies and finance. Strategic Development Goal (SDG) 4.5 calls for countries to “eliminate gender disparities in education and ensure equal access to all levels of education and vocational training for the vulnerable, including persons with disabilities, indigenous peoples and children in vulnerable situations”. Over 700 participants working in the education sector came together to think about the challenges and opportunities and how systems could be reformed to enable them to provide quality inclusive education and training for all. Presentations and workshops were organised around six thematic strands:

The three days provided a lot of food for thought and inspiration. Watch out for an article in our next newsletter.