Robin’s long and distinguished career began as a lecturer at the University of Malawi in 1969. He remained in academia for 15 years with stints at the University of Zambia, University of Edinburgh and University of Cambridge. In 1987 Robin joined Oxfam, an organisation he stayed with for 20 years, until joining Mokoro in 2007.  Robin has been a committed member of Mokoro, bringing his vast experience as a Land Rights Policy Specialist and supporting the company’s development over the past decade and a half.

During his time with us, Robin has helped grow our network of like-minded partners and individuals with his coordination and chairing of numerous thought-provoking seminars; represented Mokoro at land-related conferences and events around the world, making major contributions to key global debates, including most notably on both women’s land rights and land grabs; and has provided enormous support to those working on land at Mokoro.

Robin’s is a large space to fill and we will all do our best to ensure that his legacy through the Land Rights in Africa page continues to flourish.

From everyone at Mokoro, we would like to thank Robin for his vast contribution, not just to our company, but also to the entire global land sector. 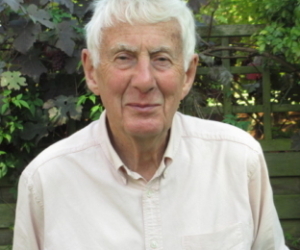